A new method for effective control of intelligent building

As part of the SAMBA project, Alchema oversaw the conception, implementation and supervision of activities and partners coordination.

SAMBA proposes to develop a new and particularly relevant application. It is a technological solution that fits within the Italian and Lombard context which are characterized by the relationship between history and tradition on the one hand and innovation and digital on the other.

The solution would consist of a Monitoring Platform for existing traditional buildings that can be transformed into smart buildings with enormous potential impacts.

The project involves the creation of a single shared and integrated platform for the management of interfaces of mechanical systems and systems of existing multitenant buildings. This innovation would allow to access energy and use of space data, ensure tenants’ comfort, create collaborative and innovative virtual ecosystems, as well as implement precise building monitoring strategies.

The management of multi-user buildings requires the development of ad hoc technologies able to guarantee safety and optimal management of spaces, services and systems, following the flexible user dynamics. The proposed solution allows the automation and efficiency of the building functions to transform it in an ecosystem of connected devices and systems, through technologies that are non-invasive and applicable to existing buildings, with low-impact and maximum performance economic solutions.

SAMBA is the result of technologies and innovations from different sectors that are integrated to pursue a goal of social, housing and human improvement.

SAMBA’s innovation can be traced back to three areas:

The specific actions are can be delineated as: 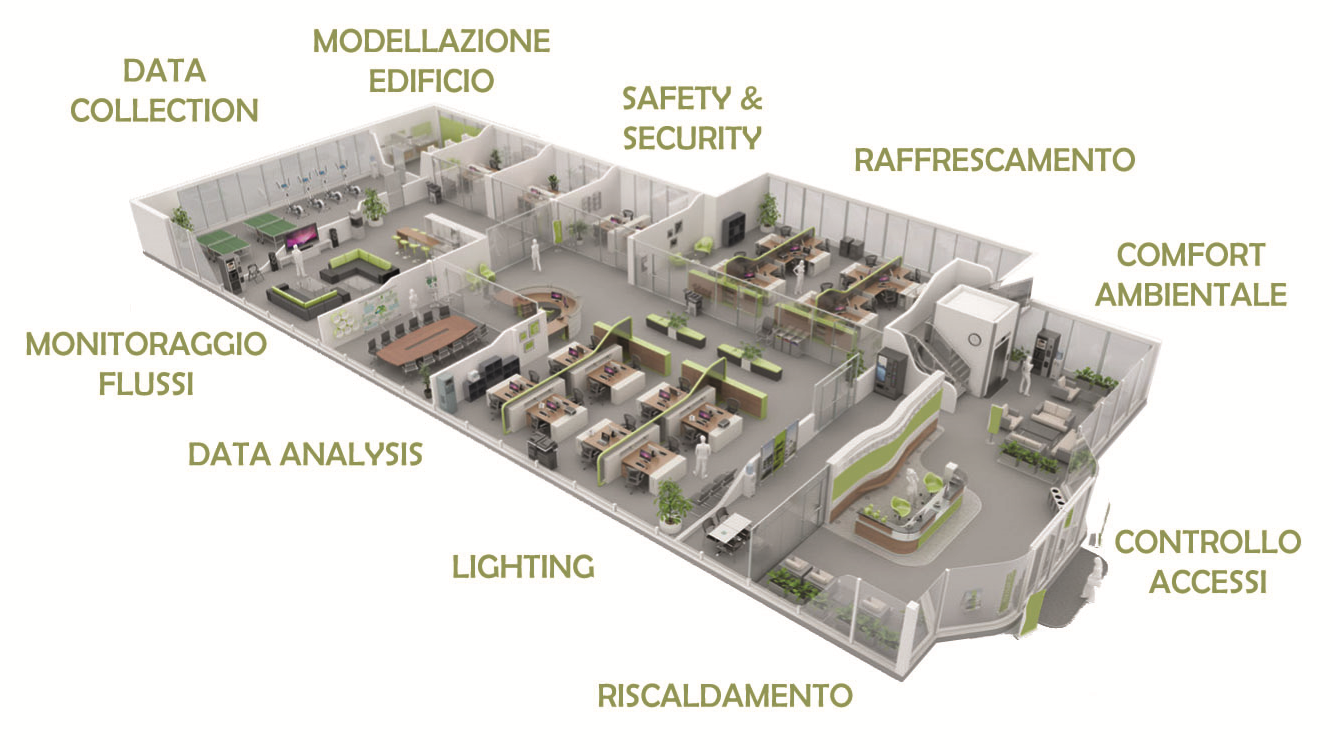 The reference national association for the audio video professional sector.

Alchema, as head of the General Secretariat, supports the development of the SIEC – Systems Integration Experience Community Association. SIEC includes producers and operators of tecnologies for the installation and integration of audio video and control systems, which find application in the retail, museum, production and domestic sectors. SIEC pursues the promotion and development of technologies by fostering initiatives useful for institutional purposes, with a particular attention to information and awareness-raising activities towards the institutions, as well as the economic, employment and strategic importance of the represented sectors.

LINC – Lombardy on the Path between real and digital

Within the LINC project, Alchema is responsible for the conception, design and coordination of activities and partners. The partners involved are: Triwù, Touring Club Italiano, Touring Servizi, Incoming Partners, LineaGrafica, with the collaboration of Radio Francigena and MagutDesign.

The region of Lombardy is rich in itineraries that represent an important resource for the territory’s valorization, if properly promoted and enhanced. Currently the information on Lombardy’s paths is incomplete, partial and fragmented. The different sources available, both printed and online, are not uniform with regard to data and information, and of uncertain reliability.

12 PATHS TO VALORIZE AND INVOLVE THE TERRITORIES

Actions of the project:

Moreover, the Cammini di Lombardia app is available for free in Italian and English on Apple store and Google Play store.

Also, an interesting tourist guide has been realized by the Touring Club Italiano with the 12 paths involved in the LINC Project; it is possible to download the e-book version of the guide for free until the end of December, at this link: https://amzn.to/2EG3Exv

Linea Grafica snc had instead realized a dedicated brochure with signs and gadgets related to the LINC Project, at this link the pdf version: https://bit.ly/2GmGMni

Every Tuesday, at 7.30 pm, Radio Francigena will broadcast an episode (12 episodes in total) dedicated to the paths involved in the project.

The podcasts are available at this link: https://bit.ly/2Fa52IL 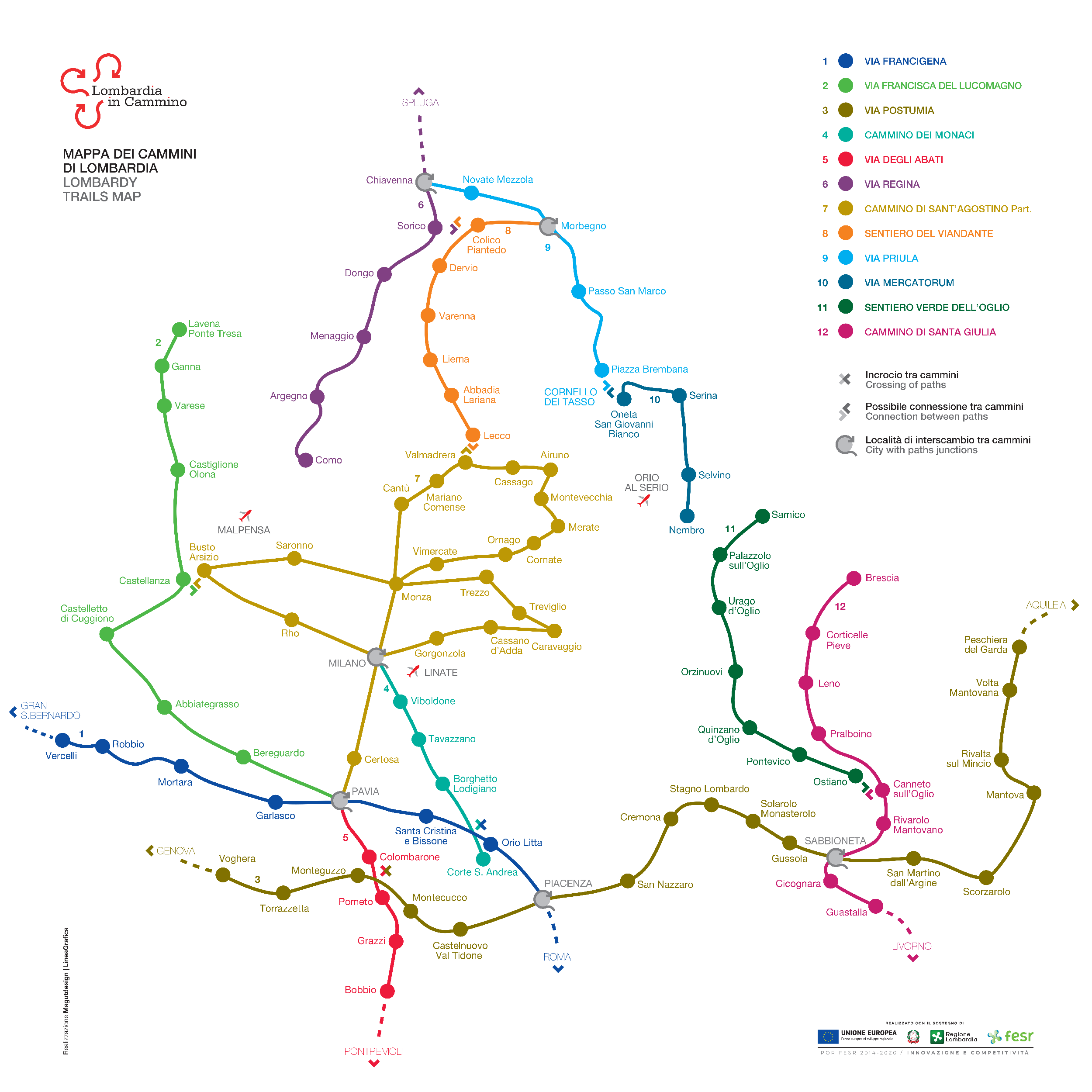 Via Francigena
Via Francisca del Lucomagno
Via Postumia
Way of the Monks
The Abbots Way
Via Regina
St. Augustine Path
The Wayfarer’s Path
Via Priula
Via Mercatorum
Greenway of the Oglio river
Way of Santa Giulia 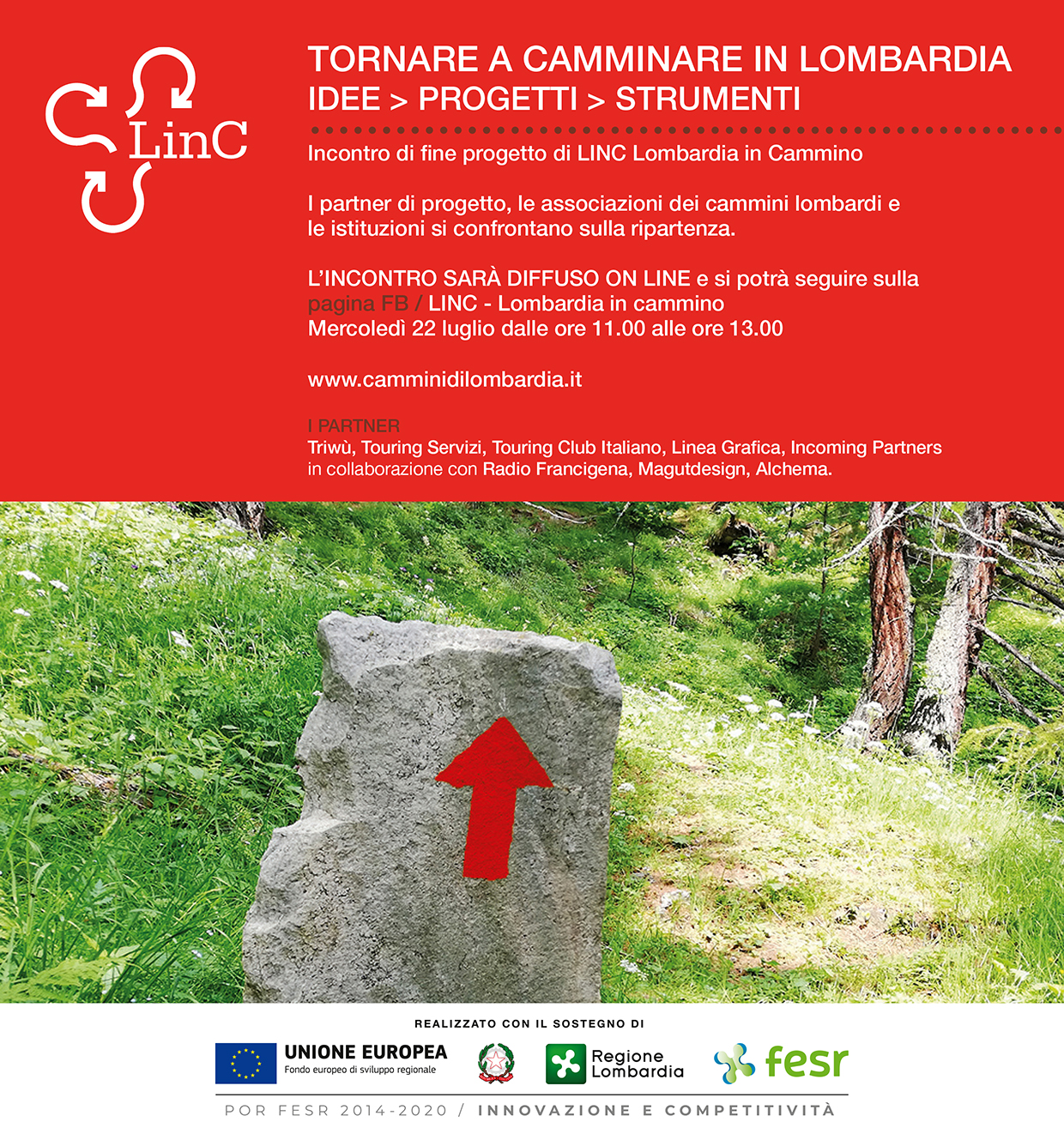 The final meeting took place on Wednesday, July 22 in live streaming on LINC – Lombardia in Cammino FB Page, together with the partners involved. 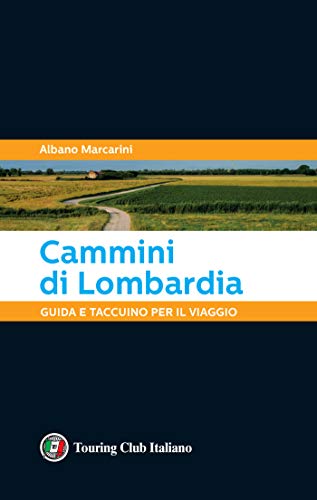 Tourist guide realized by the Touring Club Italiano with the 12 paths involved in the LINC Project.
It is possible to download the e-book version of the guide for free until the end of December, at this link: https://amzn.to/2EG3Exv